More of the Same - Circe by Madeline Miller 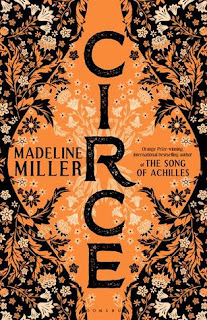 Like Miller’s previous work, The Song Of Achilles, Circe is a reimagining of a Greek myth. Circe, the daughter of Helios, best known for turning Odysseus’s men into pigs and keeping him on her island for a year.

We are beginning to experience something of a flood of greek retellings, no doubt due in part to Miller’s previous success. Like the others, Miller’s story is something of a rehabilitation for the character - rather than the beautiful sorceress of a thousand Pre-Raphaelite paintings who presides over her cauldron while impressively managing not to set her drapey skirt on fire, we have an immortal girl, vulnerable in her humanity, ill used by her family and eventually banished to the island of Aeaea.

Circe is an interesting subject who I largely know as a part of another person’s story, and Miller creates a terrific plot which illustrates just how wrong I am about that. Miller’s not just creating this witch, she is creating a pantheon of titans, gods and mortals. It is not just Circe’s story, it is the story of her sister, Pasiphae, mother of the minotaur; of her brother, Aeetes, protector of the golden fleece - at least until Medea, Circe’s niece assists in it’s thievery.

As far as mythology is concerned, Circe is a woman who sits alone on an island so she can be a small part of a great man’s story. Miller gives us a woman whose life and choices have led her to these moments. The abilities she has and the knowledge she imparts, she has earned.

But despite this, there’s no getting away from the fact Circe’s story is one of a woman who largely sits on an island. She is a character searching for a connection - at the beginning from her family, then from a man she loves, and then… well. It’s a story of character development rather than of action. At times, it feels a little bit as though things happen precisely to get away from the fact she is just sitting on an island.

The book is written in the same first person style as Miller’s first book, which, if I’m honest, I find rather annoying. Obviously, I’m being extremely unfair here; if I hadn’t read Achilles I wouldn’t have anything to complain about, but I have and I fear it shows Miller’s writing up. This is, after all, a first person narration - Circe and Patroclus are very different people and yet they have the same heavy fatalism of a story told from the point of when everything has already happened. I’m not the biggest fan of it, but I think it works better here, from this character.

As with Achilles, I’m also interested to know more about why Miller made the choices she did about the narrative. The Odysseus she has here is a very different creature to the one of the Trojan war and it’s an interesting change. I did not like it when I read it, and I felt it too much of a jolt from the character I had loved previously. Considering it now, I’m honestly not sure. Miller reframes what we think we know of the stories, but Odysseus’s part is small here and the reframing of his choices and motivations is fighting an uphill battle against a lifetime of what I think I know about him - including Patroclus’s account in Miller’s previous book. I find it jarring, but it certainly stands up to scrutiny.

I enjoyed this more than The Song Of Achilles largely thanks to the absence of a narrator swoonily swooning over things, but there’s not a great deal to pick between them. If you enjoyed on, by all means read the other but don’t expect something new and different from it.