Longest. Title. Ever. - The Thoughts and Happenings of Wilfred Price, Purveyor of Superior Funerals by Wendy Jones 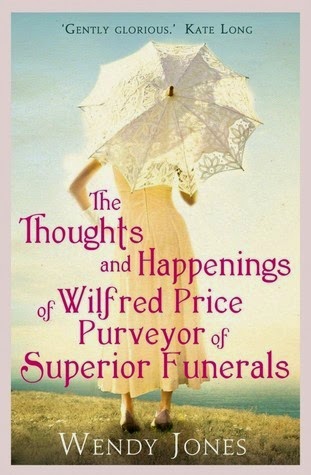 There is a lot to like about this book: it's charming and the opening scene is very engaging. My criticisms of it stem largely from what it *doesn't* do, rather than for things it does wrong.

It feels ungrounded in its setting - we're in 1924 but you'd barely know it, and the Wales we're given could be England. It lacks tension in places: Wilfred and Grace don't speak. When a conversation would solve a character's problems (or move the plot forward) there needs to be a good reason why it doesn't happen - or more of an impact of it not happening.

I felt it left one of the story lines dangling. I'm not a reader who demands everything be tied up neatly, quite the opposite, but this felt rather *too* unresolved maybe because the major confrontation happens offstage.

The first half was better than the second and I read the whole thing quickly, so it's three stars, but only just.