One thing after another - Broken Places by Wendy Perriam 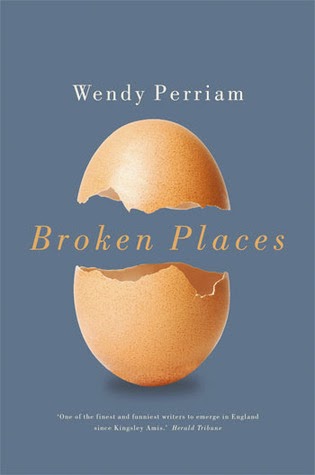 The blurb of this book claims some people will love its central character, Eric, but also warns that some people will want to shake him for his passivity. Having read the thing, I suspect most people will chose option three: put the book down and never return to it because it lacks a compelling story.

So, Eric. An idealogical Librarian. Some things happen - he goes on a date, he sets up a prison book club, he expects his daughter to visit from the US.

Some other things happen - he eats soup, he rides a bike, he recounts his childhood.

Then some other things happen.

Then some other things than that happen.

Although well written if rather old fashioned in Eric's language - jarring because of his age - it never manages to recover from its own lack of direction. The final chapters in particular are poor, the dialogue stilted - it could have worked beautifully as a punchline, but it's played straight and is, for my taste, unbearably naff.

1.5 stars because it's well written and some of the chapters are good.

Email ThisBlogThis!Share to TwitterShare to FacebookShare to Pinterest
Labels: Broken Places, One and a Half Stars, Tedious Book is Tedious, Wendy Perriam